Wrap up Seasons 49 and 50: A few balance suggestions.

My hope for the next restricted list is not to restrict Awaken only. Some of the 49,50 lists were for both Second Form and Awaken, while some were for Awaken only. I think this is nonsense as a game. Awakening is basically difficult. I consider that users spend a lot of time or money to Awaken, but not being able to use it (but second form works) is discouraging. Some Mythics are strong enough even in Second Form. However, we must not forget to Awaken them to make them even more useful.

I think Momo is close to that in this case. Of course, Awaken is stronger, but since he has Stun Counter at 11 cost, other skills are fine, and tanky, Second Form may be better depending on team cost.

We need to talk about sleep.

I understand that it’s an archetype that is easy to pull off (especially helpful for for beginner users) and punishes opponents for not having enough purify/lava entrance/sleep immunes. And for these reasons I think sleep is good for the game.

There are lots of ways to sleep an opponent, with the majority being:

The issue for me is the ratio between how easy it is to sleep an opponent and how punishing being slept is. Sleep’s duration of 300 seconds is so incredibly long, especially with power creep introducing powerful and fast sweepers. I imagine early on the sleep archetype was kept in check because the skill Sleep wasn’t guaranteed, so it may take a few tries in order to sleep an opponent. But now with guaranteed sleeps, the 300 second timer needs to be looked at.

that is easy to pull off

I don’t think that’s unreasonable. As you say, sleep is fairly balanced because one purify or lava entrance brings all monsters back.

I think tranquil should only stun 50 TU and sleep a mon for 150. The combo is too unbalanced.

We have more than enough insomnia, sleep immune, purify and lava entrance around now plus poison has always been a big counter to sleep. Sleep is perfectly fine as it is. Yes it can determine games and you can’t leave any monster alive that has the 70TU sleep move but teams can easily have the tools to combat it, especially if protection from stun becomes slightly less of an issue for team building.

One of the rules i have at the top of my head when making a team is “does this counter that” or “does this get destroyed by that”, that being every archtype/strat that is fairly common. That makes sure I won’t struggle specifically against one of them, sure I might still be weaker to one of them, but at least I’ll be more prepared with these rules implied. Sleep is especially easy to deal with compared to stun, mostly because of the amount of sleep immunes with purifying moves. Once you get stunned theres no 50tu move that can bring all your guys back into game

I am still think why Sakuralisk dreamworld have normal duration like other sleep.

Sleep is perfectly fine as it is.

This is your opinion. Not a fact.

I also think Sleep is strong. Stun can think of a composition that protects the field like counters, converters, and stun absorbers, but Sleep does not have it. Basically every monster must be immune or poisoned.

What I wonder is if Sleep is normal then Tranquilizers shouldn’t be a problem. Because 80tu’s stun enter is not OP.

Well, I perfectly remember that Myst was in the store for a long time and nobody bought it because it was practically useless until Poseidon was born.You say it’s for new players, here we have old players who have been top with myst like duck arquile etc. I don’t think myst is just a new player monster.But anyway, this is a community, we all have the right to have our opinion, I think that’s the goal. The point is that whatever it is, it needs a little more balance.

This is your opinion. Not a fact.

Of course! Should be implied by the context without always needing the “I think” or “in my opinion”.

Stun can think of a composition that protects the field like counters, converters, and stun absorbers, but Sleep does not have it. Basically every monster must be immune or poisoned.

Lava entrance, insomnia+purify and purify itself is like a 50TU give turn would be for stun.

50tu team turn without restrictions and infinite use 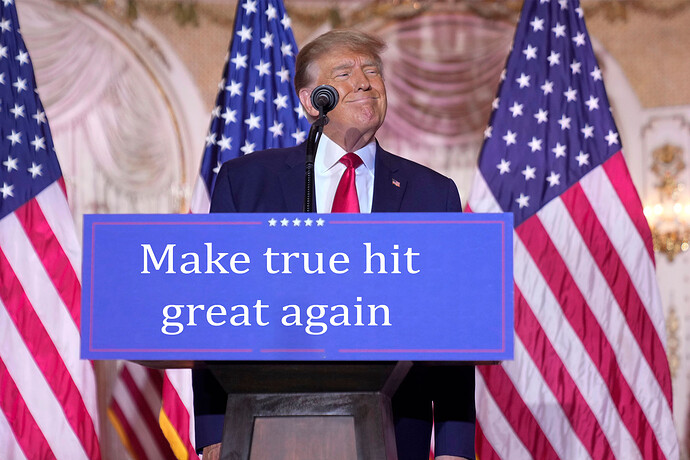 Don’t increase damage but make it piercing and it will kill everything.

I wouldn’t want to see more True hit mons with high speed though because if protectors can be really easily bypassed immediately we just end up with speed FLs where the fastest wins.

I like defence actually mattering. The Devs just have to be careful about which monsters they make super tanky

I think the season was great, I just hope it repeats itself more often.