Thoughts on the new legend?

the rainbow snake is bugged and despite the text popping up saying “defense up,” it doesn’t actually increase defense.

They probably fu**** something up when they decided to fix the nonexistent image after release because it’s so hard to properly load an image into the game. Or it’s another Bastia situation where the Mon was never properly tested.

it’s a free template get it 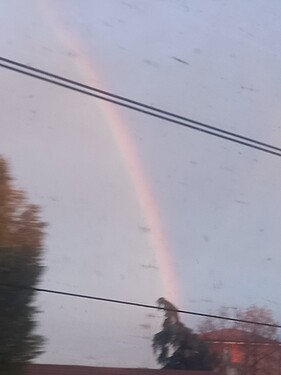 I doubt that it’s a glitch like VKC said.

Because this always happens at new monsters, whose graphic data wasn’t updated before the monsters actual release.

For example once Shiny Utopion will be released, he’ll not be empty, because it’s data is there long time. Same went for Shikabloom.

But this monster is new, so until we download the graphical update data, which apparently is only updated at a restart, it’ll stay empty.

But maybe glitch is also a possible description.

Yes for one love community

The image glitch is just that, a glitch. They didn’t prompt a “downloading data” window so whoever had game already on got to experience invisible junglur. But they do have however have the ability to hotfix moves on pvp format, but not in general (I believe). That requires an official update, so this “defensive mode” was bugged beforehand.

I just hope they nerf the SS soon

I think exactly the same even not even Kat can against him .
#nerfSS

Not even an 85 Speed ​​Mythic should have a move capable of killing 4 monsters on its first turn.

the ss is situational, kill him quickly kill an element of the field, kanna or camu can stop him without much difficulty

Only Kana users without Protectors could avoid it.

Does this mean that from now on, each team that is made up of the players must be built thinking about the possibility that the 6 elements will not meet on the field? The legendary is not the problem, it is his SS. They can put a time restriction on it and that’s it. But what wouldn’t be fair is that people have to change their settings just for an SS

But think about this: if you build a full LINK team, Jurlungur will NEVER be able to activate his Secret Skill! LINK strategies just keep winning