Should the odds of hatching a featured legend increase?

Note: this is not suggesting we change the 4% chance of receiving a rainbow egg, but the odds of it being what’s actually featured at the time. E.g less dupes. 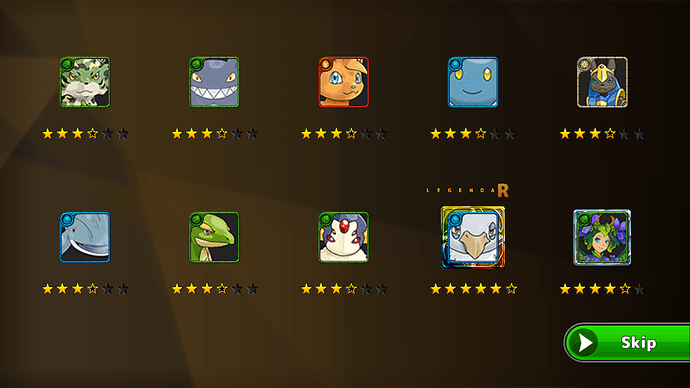 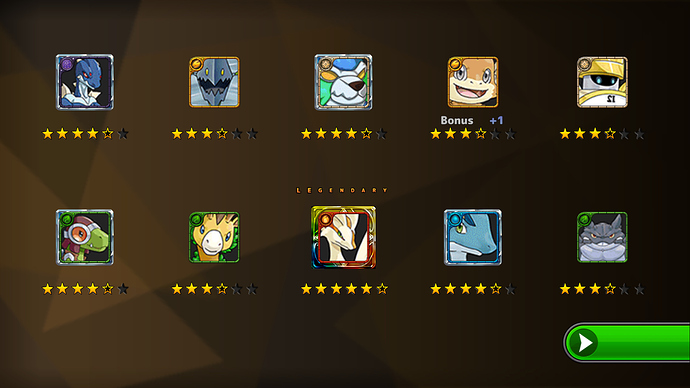 Note: this is not suggesting we change the 4% chance of receiving a rainbow egg, but the odds of it being what’s actually featured at the time. E.g less dupes.

Honestly, I wouldn’t say no to an increase in the odds of hatching a legend.

@LemonSqueezy did you expect anyone to say no?

There were one or two I thought might actually

I really do think that the odds of 4 and 6.1% are low enough, not getting a featured is soul destroying when you hatch a dupe. I get that they can’t be guaranteed but those odds should increase. Too many players are considering leaving the game
Because of it

Time to leave the bucket I guess

yeah @LemonSqueezy no luck,even special egg is better that this.

Eggs are now featuring only 3 legendaries a time so it’s 30/73 chance for featured. My vote goes for them going back to 4 featured in an egg, which makes it roughly 50% chance for a legendary to be one of the featured.

My vote is to bring back the 300 gem guarantee but instead make the guaranteed one of the 3 featured, not the new one specifically.

I think that would be better. That way the featured chance can stay the same and more people will have an incentive to spend.

I assume that’ll mean increasing the cost of 10-packs to 50 gems, or would the sixth pack guarantee be alongside the cheaper 10-packs?

Maybe it could be something like a seventh or eighth pack guarantee of one of the featured legends.

Or how about this; on the tenth pack you can choose ANY of the featured legends you want as a freebie. That way, you can at the very least get something out of the eggs.

That’s probably not a good idea/too greedy but I like the idea of a guaranteed random featured legend.

Who do you mean by greedy?

I think having a 10x chance for a featured legend is good enough. The reason this thread exists is because people get unlucky and don’t get a featured so increasing the chances even more may not do a good job of solving this. I just want a guaranteed random featured legend at maybe the seventh or eighth pack and that would be good.

I was referring to the poll vote. When I came to this thread it was 100% voting for the odds being increased with 28 votes. With that kind of landslide it’s clear to me that greed is speaking more than anything else.

Btw I’m saying that after today opening 9 packs in the egg and getting 3 featured legendaries… all of which the 1 of 3 which I had already. The hatch results can suck but on average this system is pretty fair.

My luck has been atrocious with this system the first half of this year and last year (second half of last year was fine) but I believe in it and I can see the results in-game with loads of people with a good collection of limited legendaries. People are getting them way faster than before and while they can’t target specific legendaries so easily they’re doing better off by amassing a collection.

I am a very greedy duck

Usually the duck owner is greedy