Thanks Devs for recent additions 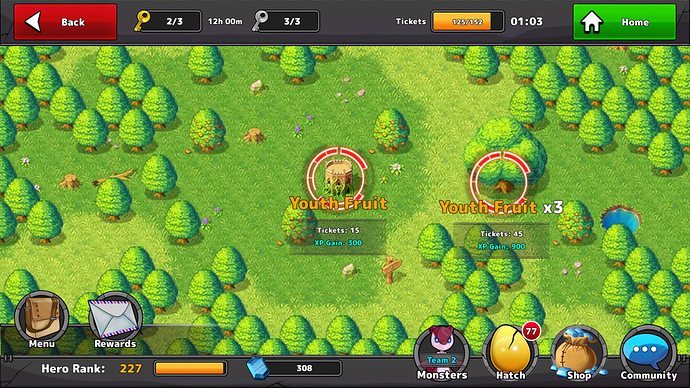 @Dev_VKC @Dev_BRD
I haven’t checked the silver mines, but it’s great to see this added!

Thanks also for the Phoenix story event being added, the special ingredients mission for silver and youth fruit being repeatable daily and the extra gem being added to Biweekly rewards (making at least the first four battles being really worth it for people - finally convinced my brother to do these a bit). 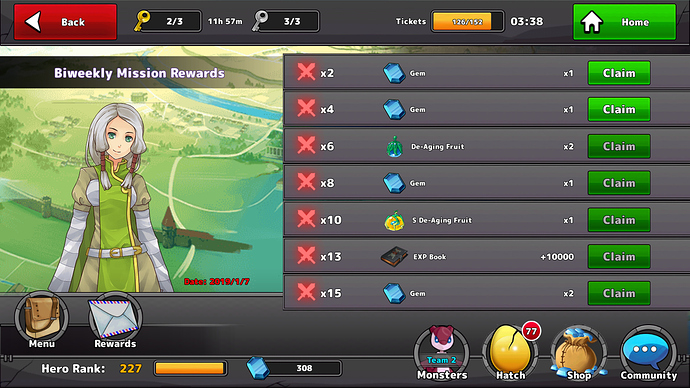 These little changes/additions make the game a bit better each time!

P.S. Pretty please pick my team one time for a biweekly mission. I’ve purposefully been using my 100% shadow farming team for all SCB for weeks now in the hope it will get picked and people can have some fun with Novadrake. Some of the SCB have been really hard because past the front line there’s barely any synergy between the monsters (it’s all my shadow monsters stuffed together).

Excellent changes makes life easier. The extra gem for biweekly is nice as well. I still don’t have motivation to finish it most of the time but I’m not complaining.

I don’t want to disappoint so…

@Dev_VKC
Can u please allow us to replay any and all story mode battles after completion?

I don’t want any gems off course. Just fun.

Nearly 2 months already. That’s why I am surprised

Better late than never! It was the four things totalling up which made me think it deserved a thread, because I haven’t seen them mentioned anywhere in the forum yet. Firstly to say thanks but also to point them out to anyone who hadn’t noticed.

It was mentioned somewhere in a thread and I liked it if I remember correctly. I was surprised that nobody realized that back then. I am always spending my tickets and was glad to see a faster way to get rid off it fast. Unluckily the fruit mission doesn’t offer 3x fruits whenever you kill one of the fogs before completing the mission

P.S. Pretty please pick my team one time for a biweekly mission. I’ve purposefully been using my shadow farming team for all SCB for weeks now in the hope it will get picked and people can have some fun with Novadrake.

@Dev_VKC Thanks for doing it this time! With buffed stats on my monsters it was a really easy fight haha.

I hope people have fun with the Novadrake in the middle fight at the top. See if you can do it without losing more than two monsters