This is a great idea. @Dev_VKC look at this!

This will take a while to animate 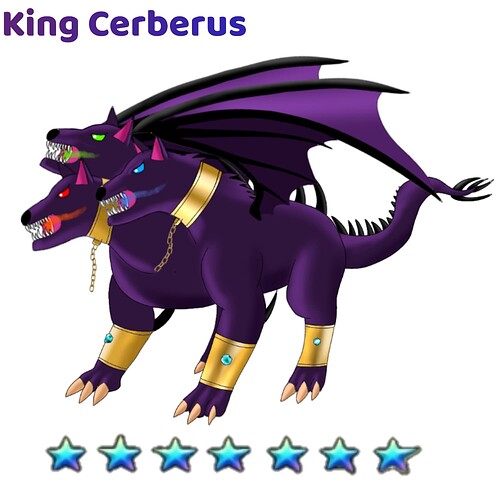 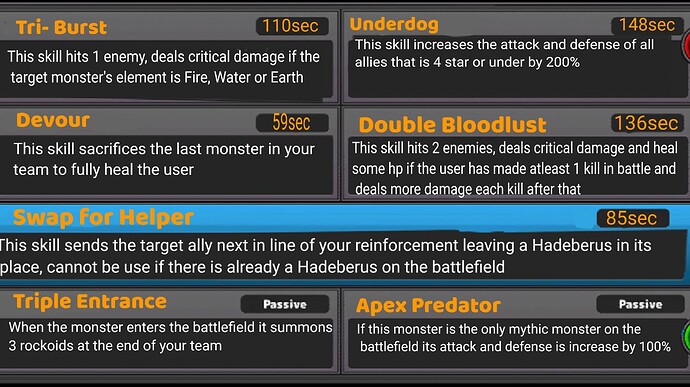 i love shinobi attack of that 5* shadow dragon so here is a legendary or mythic, no idea if we already have an aquatic mythic (i thought a.s. poseidon is mythic when i returned) 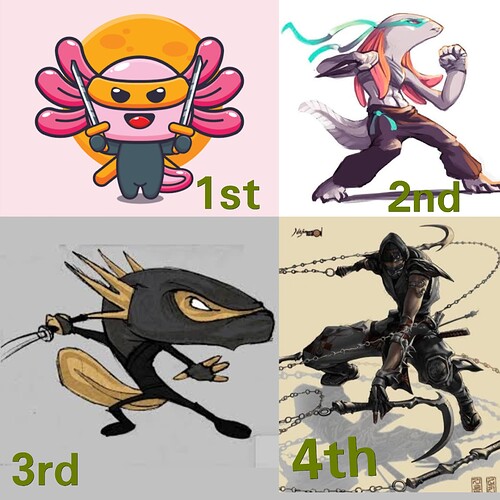 Element: Earth (cause i love earth)

Ninja Axolotl… his posture is like from the 4th picture but his gill/hair is from the 2nd pic or in the 3rd pic. his gills are made of huge leaves or huge flower petal or real axolotl gills but plant thorns instead of pink feather crowns (of 1st pic). the long chain(?) in the 4th pic is made of fish spine. the hooks at the end of that weapon is made of diamond or obsidian rock crafted in that shape or a fish tail that looks very sharp or big shark teeth that are stacked to imitate the overall hook shape. its skin is not as moisturized as 1st pic, but rather have pangolin scales which are made of segmented dead barks or parched soil. his clothing (3rd or 4th pic) is made of black rubber bands or white/gray egg crates shaped into a textile clothing/armor/fabric

As a kusarigama enjoyer, I’d love to have a monster with some chain-based weapon or even chain-based attacks. They could make it an anti-samurai monster, something that can counter Cani, Torazou, Kaerukenshi, monsters that use swords in general, since the kusarigama is meant to be a full counter to such weapons.

Love struck 100tu : This skill affects any enemy female humanoid monster. The monster dies and reincarnates next in line of the enemy’s reinforcements with its passives removed (since it’s love struck).

Steal yo waifu (2) 150tu: If there is an enemy female humanoid monster on the battlefield the target dies and reincarnates next in line of your reinforcements with current hp.

SS: Yes daddy 50tu: All female humanoid monster on the battlefield immediately dies. This skill can only be used after love struck was used for more than 5 times.

Testosterone: If there is a female humanoid monster on the battlefield this monster attack and defense are boosted by 100%.

Did it have to be this?