Another Milestone for me. First time defeating level 16 in hordes. Last time I beat everything except 16. Demolished it with this team: 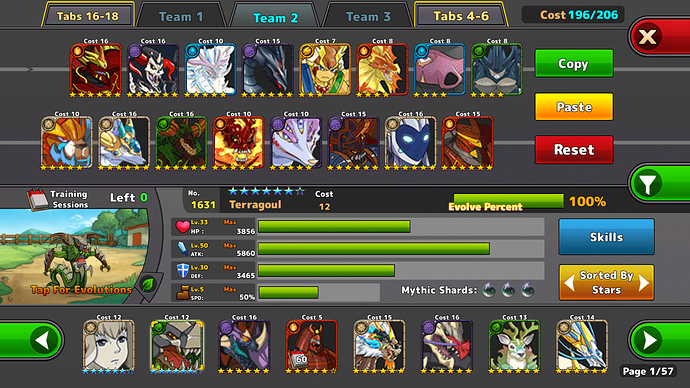 Worked out perfect, because I managed to charge Leo to the point of one hit kill and he took over where Shiva left off and did it brilliantly. Having Leoronix charged and healing itself with Leogiest countering all the stun was an incredible combo. Also had Duscy on max health most of the time. Ended like this: 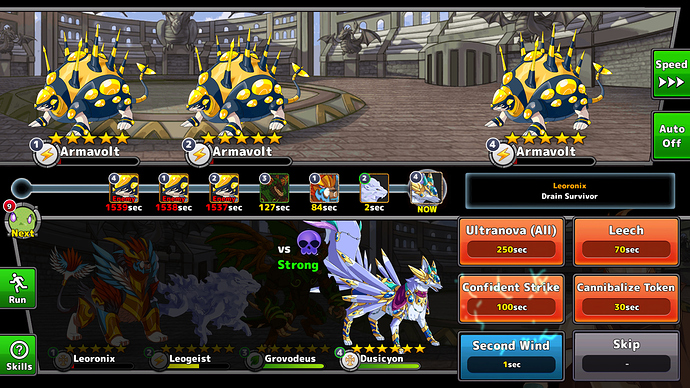 First time for me too, i did it finally. This was probably the worst battle of all for me, i’ve tried so many times, mostly because i don’t have any crescendo strike mons. 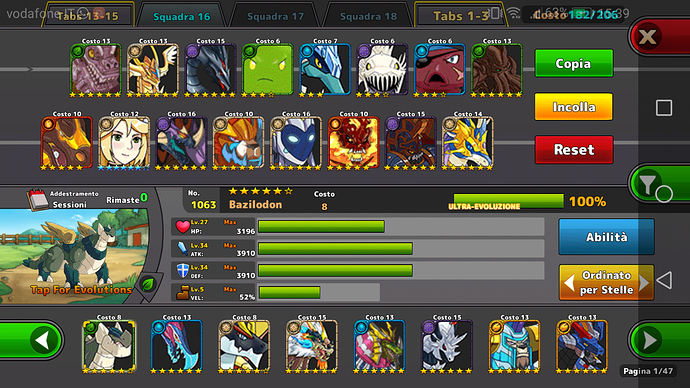 Congrats to both of you! @Gianpablo It’s good to see the team idea I gave you worked out. With Oakthulhu there I hope the Tezca sweeping was good. Smart move stealing the Leogeist with your Anglomaiden

And i found terago in the rare egg that i hatched with the reward! Maybe one of the worst mythic, but still a mythic

When i see this in game of hordes

Now you know what my future frontline will be. Lucky you…

Awesome work. I love it how we both stole Leogiest and used it against them. He is great for this event. Although I could have finished it with Shiva if I was more careful. Shiva wiped out around 30 monsters so he did well.

Yes, Leo was really awesome, and you gave me the idea to steal it. Congrats for your win!

Great, glad I can help. It was way more epic than me that you stole it because you only had one chance. Brilliant!

Was a heck of a lot easier for me with Atra.

Without angelion it could be nightmare I guess. 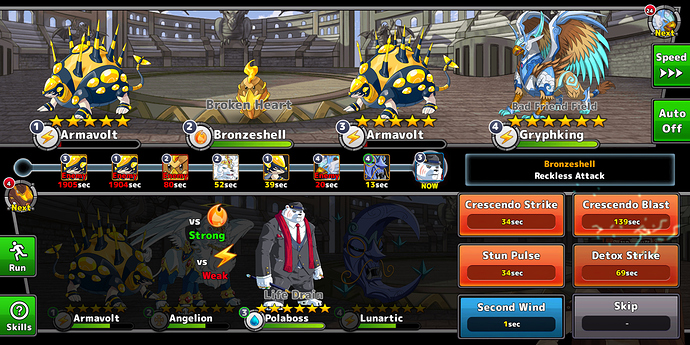 Indeed but letting 3 gryphkings alive made the fight 1v4 for me. The other lvl 16s were harder for me😅

And the strategy with that team is?

Fight was hard. But o did it. Leo was invaluable and infernocorn was awesome at the end. For some reason the galvs kept stun pulsing infernocorn so he just destroyed everything

It’s my general Game of Hordes team, with Galliodragon taking the place of a stun burst monster in the front line. It does a stream of stun bombs while Shivadragon charges crescendo strike. Then I get to Deathwarg, backstab Aurodragon then itself to bring in Polaboss and the first reincarnated stunner. I can then go through all the stun bombs again but this time with Polaboss there too. It’s basically never-ending stun with crescendo strike.

You and others taught me to do something similar with Atra and Shiva. It works well most of the time.

Can you elaborate a little bit on the details of why to start with aurodragon and switch deathwarg in then use backstab? I don’t have either of those mons but I’m interested in the mechanics of how this works and the reasoning behind it. For example, why not just start with deathwarg, and why backstab itself? Thanks.

It’s probably best you just see it in action…

This is from a previous GoH.

I remember that abomination. I cried

I just feel sorry for people without crescendo strike monsters.

Why would you feel sorry for me?