Guys i want to finish game of hordes, but i can’t clear the last Battle on Extreme mode. I’ll be grateful for any tips/strategies that would work. These are my legendaries. 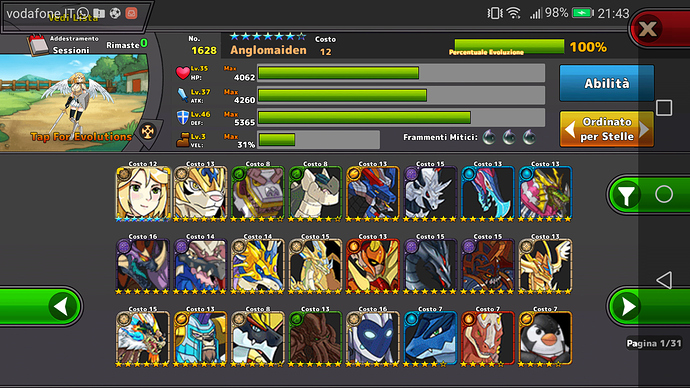 No idea how to beat it but dude you gotta appreciate your super epics!

Galliodragon in the front line then kill off one enemy at a time. This battle is probably the easiest extreme one we’ve seen. It’s very easy to disable the enemy team like that for the whole match and you’ve just got to be prepared for monsters like Malwing and Zeuswyrm which can mess you up with sleep/blowback or getting a turn quickly and killing something. You’ve also got to find a way around the Penguinators at the start.

There is a lot of stun in the enemy team so have a way to protect yourself from that.

Here’s the team I used for it… 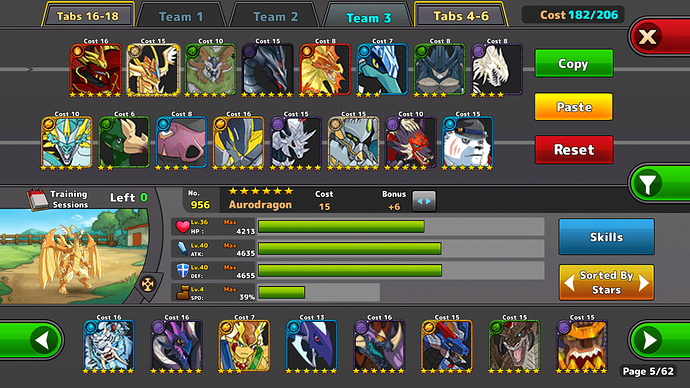 I would replace Mossgoliath with Armavolt because I didn’t realise the enemy team would have Centaureon. The roaring entrance counter strike was annoying.

Since you don’t have crescendo strike you need to get a similar fast sweeper. Tezcacoatl works well for that or Noxdragon. You could even do both! If you’re using Tezca alone then you could have an auto-poison monster in the team which you don’t actually sweep with, it’s just there to help get through monsters with shields/HG.

P.S. If it’s not clear, Deathwarg is used to backstab the Aurodragon then itself. Hopefully you have a Deathwarg yourself so you can do this and set up the four monsters you want. There’s also no need to go quite so crazy with the stun because there are 3 stun absorbers in this match. Just do 6-8 then have whatever you’d like after that.

My team for clearing Hordes extreme 16. Stun party then kill only 1 armavolt and kill those that enter ine by one. Careful with your TU

My team for clearing Hordes extreme 16. Stun party then kill only 1 armavolt and kill those that enter ine by one. Careful with your TU

@Xyzencross XYZ-999L is a lovely monster for this battle. Always stunning those Armavolt’s every time a new monster enters, that’s cool never needing any more stun bombs for sure. Only issue is the Tygorons wherever they are (I assume there are some).

I thought i would need at least one monster with crescendo strike! Btw i don’t have deathwarg or fast sleepers for gear’s death sentence so i think i’ll try with tezca and a lot of stunners. Ty cause this is the first time that i’m at this point in game of hordes and i thought this battle would be impossibile for my team.

Exactly and its a great chrono killer for the incoming pengs and chromes early, when stun fest came, I lost my Xyz but I had my tygoron out so was just food fest for my tygoron eating all its other kins, was lucky as well since the incoming malwings didnt sleep my tygo so it continued with its rampage

That collection is way better than mine !

I tried, but tezca is an easy kill for the centaureon, what else could i try?

Protect your tezca so that cent cant kill it

I keep getting to when they have the morter mons and they destroy me any tips. Ps I end up killing the morters but then when all the galvbanes come out I’m done for got them to 4 mons twice but can’t finish. 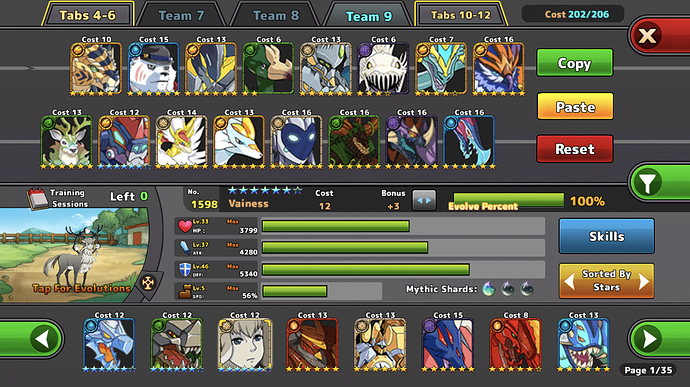 Same, i can’t pass the griphon.

Just keep them at a high tu, kill only 1 at a time not all 4 you should be able to do it with that team

Yeah I just got it. The malwings kept blowing back my polaboss but this time they didn’t so was an easy win.! Thanks @Unown

“The malwings”. That’s always nice as a plural. This is also why I hate hoardes