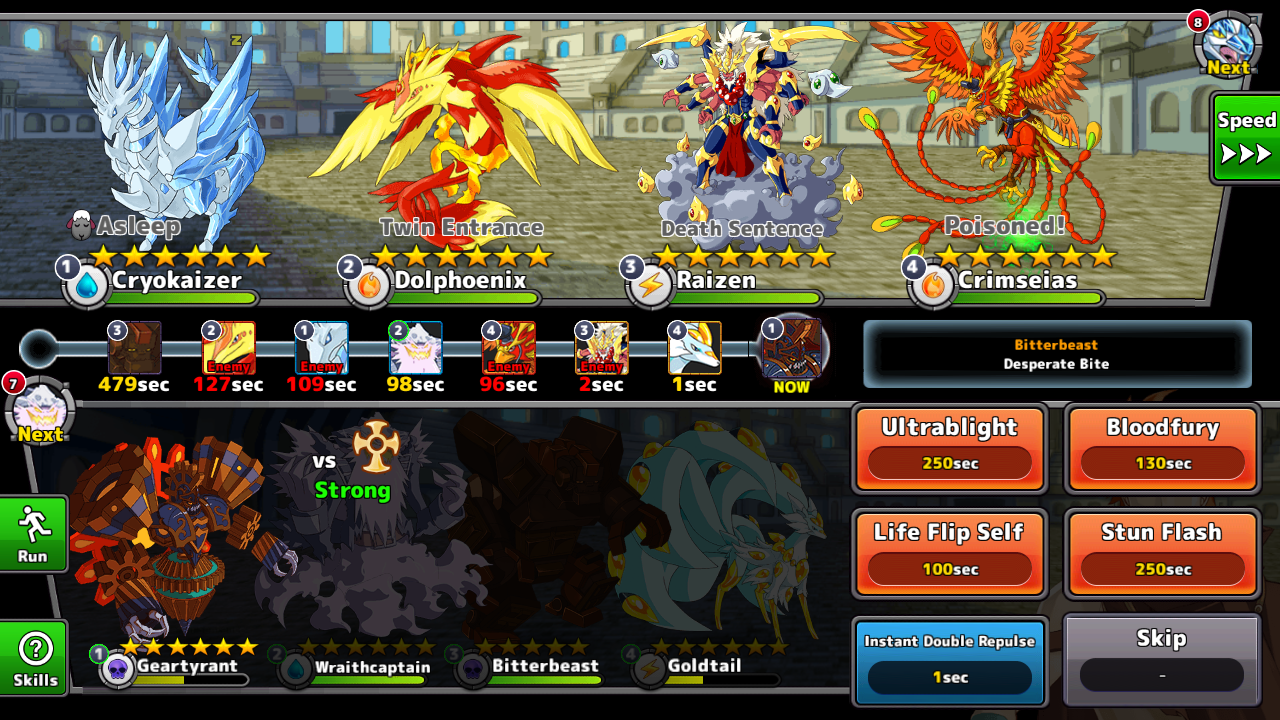 Biweekly 2.1 I knock back Crimseias to end enemy 's team. When he entrence to field , he is posion and can’t sleep him. How about that error. DEV please check and fix that

It’s beatable. I have done it but it takes some tried. You need to knock back him to end and after killing the poison entrance guys it’s all up to geartyrant to clean IT up with those stunners

Same error happened to me but it was albakan instead. I think it could be cobra’s passive triggering even though he’s not on the battlefield. Needs to be looked into in my opinion 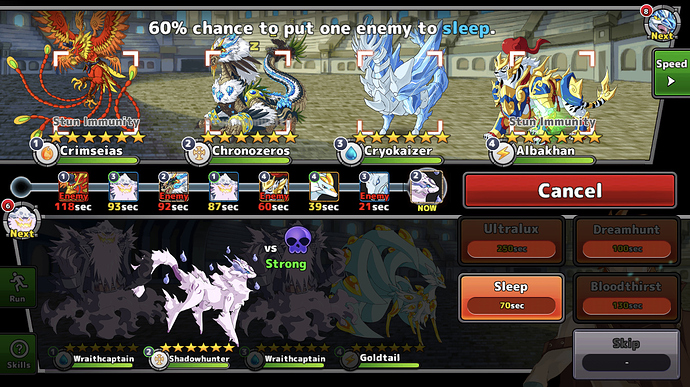 edit: before somebody asks, the ss was taken as soon as albakhan entered the field, no crim did not use toxic give turn.

Yeah it’s to do with Freezecobra and knocked back monsters. It’s probably treating them as “behind” Freezecobra so they enter poisoned even though they come in before. 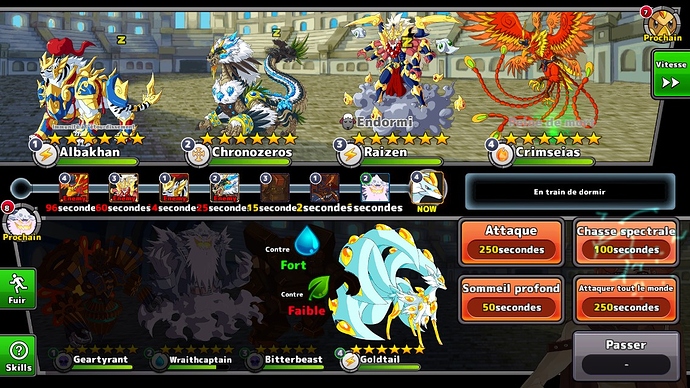 No cobra behind but crim was poisoned before I Knockback him.