So i have a team I use just for training, team #3. This pic was from a while ago and its when i realize hey maybe these monsters arent just on this team to be trained and sit on the bench. Ultra evolved the 2 first ones since the screenshot. Do you have a team you just throw monster to be trained? Is it team #3? 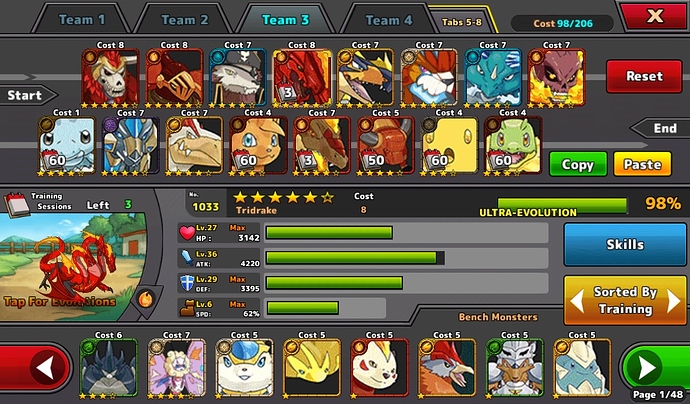 For me it’s team 2. It dates back from the very start of the game where I only had two teams… (1) being THE team and (2) being for training.

However, I’m currently using it to play around with the idea of a link holy PvP team (inspired by Angelion). Any tips/thoughts would be appreciated! 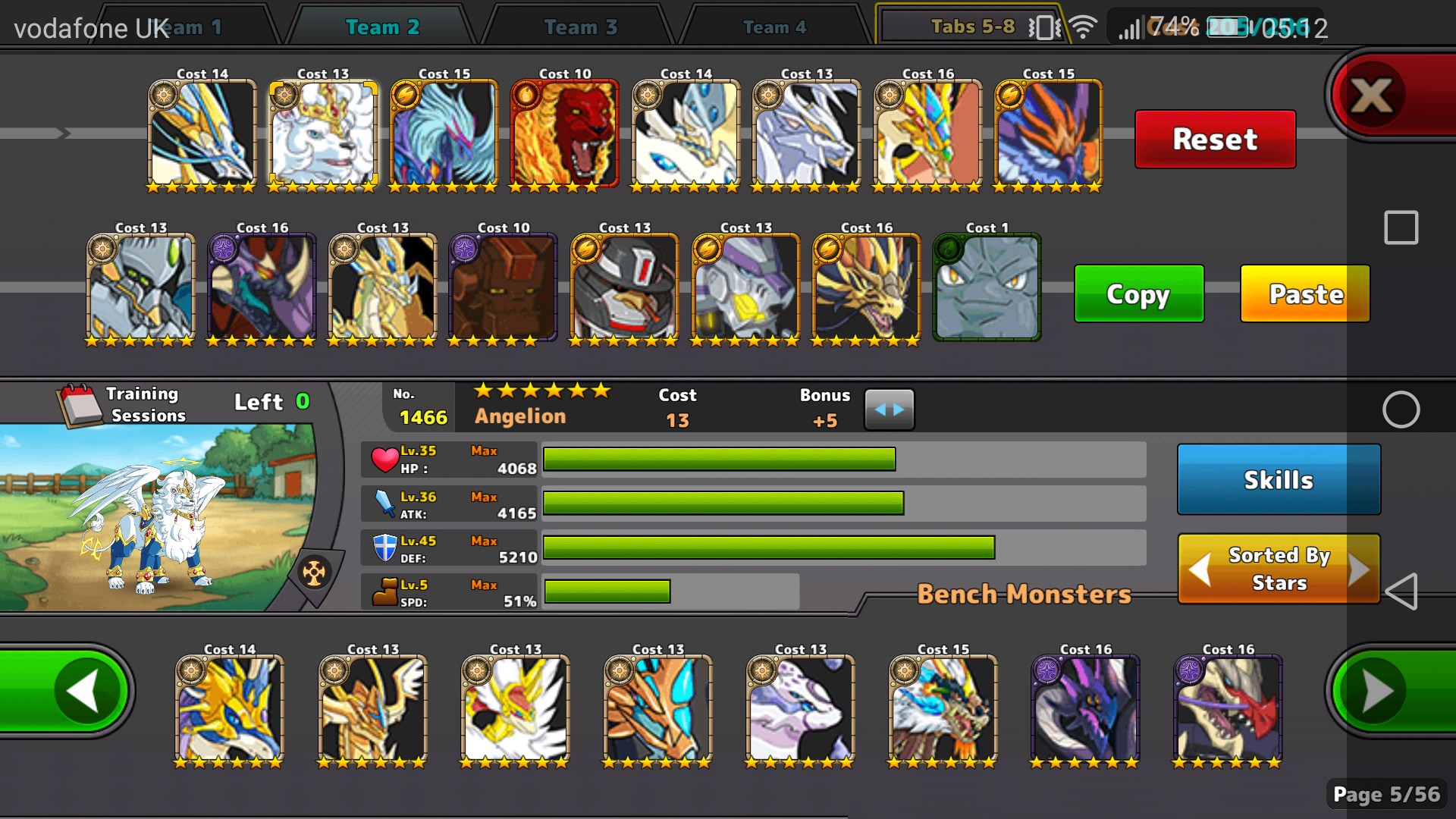 minw is team 5. rarely sees use outside of training. i have four teams other than that. one is for pve, other is poison for pvp, one is stun team with lb for hordes etc and last is a recent one which i use for different levels of whales

You can’t use a protector with Angelion because it has raw bloodfury… I do have another PvP team which includes Staticsphere next to Angelion though (another thing I’m trying out at the moment). Yes being out-sped by opponent’s OoO may appear like a problem but Angelion has sleep immunity and purify all so I can always remove their sleep and try to get things under control again. That’s what I need to test exactly and see what OoO FLs people are using.

Point there but in that setup with protector, Angel will only be used for raw support. Then once your protector is at hg and you’ve killed an enemy’s good monster then use the secret skill to charge bloodfury and get the good monster and start sweeping

I’m with you but I’m not so keen on the idea of Angel being there simply for support until a later time. I’d like all my front line monsters to be doing something because it’s really important to get your team in an advantageous position as fast as possible.

My train team is team 3 as well! Always has been