It’s about time a monster was released in our honor

Common design win from the Devs.

What’s the moveset of the first form? 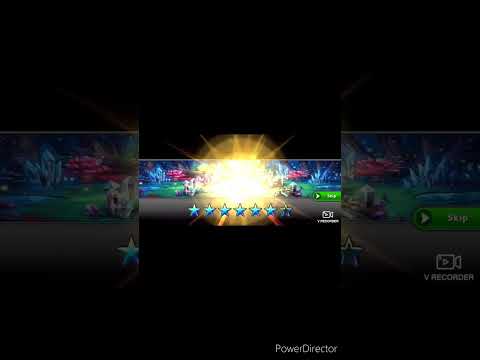 Really looks awesome! He can’t be hit with Stealthbane/break if King of Birds is active, and Stealth makes him avoid multi-hit moves by default.

How to kill him then ?

Anyway If I am only have novemdomina(awaken) and I am faced with soral and inkfeather in the field . Can I target soral? Or double counterstrike Will redirect like random knockback?

I find it somewhat ironic that the Mythic monsters with actual monster designs are the ones that make it to the shop with Legendary tickets instead of being featured in eggs like the Waifus. Interesting to say the least.

Let’s start with the good - the monster design is beautiful, very well thought out and put together. The unique ability King of Birds and subsequent Double Bloodfury (pretty sure this is the first instance of Double Bloodfury) is a neat setup for a sweeper that can “get itself going” quite well. Union Attack is a decent alternate option when going against Gravity Field mons like Skeleviathan, and the SS let’s him setup, as mentioned, in 42tu basically free with the added bonus of triggering an Entrance Passive from whatever you subbed for a Bronzeshell.

All of that being said, I’m not convinced it is better than some of the other Mythical available for tickets in the shop. The bad comes from dependance on it’s baby form to have King of Birds active, as the babies in general are weak, slow, and take up space of monsters that could be better, very similar to Spectrefin (the Dark Dolphin). The babies by themselves have no way to remove themselves from the game either, so if the opponent is able to get rid of the bird God while babies are alive, it’s a potential lock and game over.

Overall, I really like the design and the unique ability, but he falls prey to poison as so many other Stealth mons do. I am thankful he does not rely on Stealth (which is what I assume the King of Birds ability is for, dealing with Poison and double hit attacks) but I also can’t look at this through happy glasses just because it’s finally another non-waifu mythic.

Of course I could be completely wrong, just an objective opinion on first glance.

Idk know how I feel about this🤔. Seems complicated to run

You can still get rid of Stealth by using attacks that target all (which include Purify All), as well as passives like Lava Entrance and, most importantly of all, Poison

Now here comes the question. Won’t a monster that says it can’t be targeted be a problem ingame?

I think it can only get hit by AOE, not single or dual attacks. Like the opposite of camo kinda. I’m assuming the game doesn’t allow you to choose him as a target, similar to how you can’t stun pulse a stunnable target when a stun absorber is on the field

A king and a god are 2 different levels, don’t make me quote Yeezus on this one

(pretty sure this is the first instance of Double Bloodfury)

Nope, Berry has this move already.

Yeah it’s a bit irksome, but if we assume Gods are a proper subset of Kings then this makes more sense