Looking to get the community’s input on a new front line i’m tweaking. 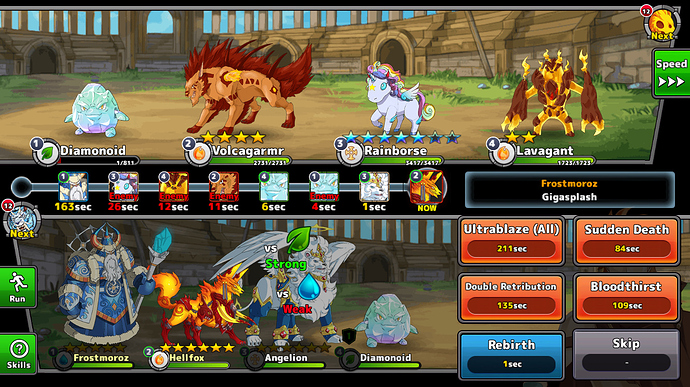 Frostmoroz takes the first turn and Gift exchanges the diamond. Frost is set back 42 secs.

Double Retribution and Retribution are now activated to take out anything that still has a turn within the 42 secs Frost left.

Dual GT. Hellfox 1 sec rebirths Ice and Hell and Angel both get to Retribution again. Also, the enemy now has 2 box jaws in the team.

I’m having some success with this atm but I think it could be better. It’s still not as successful as my usual FL but it’s uniqueness is appealing to me. Is Icefang the right guy to bring in 5th? Angel needs to stay for OoO but maybe Hellfox could change?

Either way I love the gift exchanging the diamond idea. If diamond dies it doesn’t matter either. Any thoughts on improving this would be appreciated.

Cool idea for sure, it’s very similar to those TT + Hellfox retribution teams in the past. Only issue is the lack of sweeping until 52% and 51% speed plus your team is extremely weak to chrono killer and losing Angelion makes you totally open to stun. However, if people aren’t running high speed things that can kill or they’re running a protector in the front line you will be positioned very nicely to start killing your way through their team.

I have Willow in 6th. If Angel dies Willow is there and it’s unlikely Angel will die before the diamond

The diamond protects 2 attacks and Icefang repulses the third. Once diamond dies so I have time to get to the sweeping

It is weak to Chrono killer I agree, but unless they have roaring they will die first.

True, but only if it desperate all on the first turn. It does struggle with AoE spam it struggles with, but it beats

It’s easy to see weaknesses because no FL counters everything, but any ideas to make it more bullet proof?

Good, I was going to suggest an absorber in 6th position. I do think it’s a cool FL with decent potential. Sometimes when I see/make something like this I go try it out and find it gets crushed by all the other things out there haha. Like my link earth team which has some great sweeping potential and a stun absorber but the monsters don’t start sweeping until 50% speed or below and against most teams I face my strategy gets ruined before it has a chance to get going.

Yeah I know what you mean. As I said the diamond buys me time and the roaring entrance helps as well.

Yeah I was also about to suggest the poison because getting hit by a double desperate strike from lordreign would be nasty.
But overall the concept is very nice

Lords would be assassinated and double Ret

or repulsed. But it’s a good call

Yeah multiple APs, one with overwatch is a problem

double desperate strike from lordreign would be nasty

I think Lordsreign will almost never be used in the front line now that Midas can’t use its link team turn immediately. If we see another extremely powerful link holy FL that needs a good protector then Lords will see some play there again. Also, Lords has 50% speed so Angelion and Hellfox can often be in front of him.

Titanomoth is the one that will be annoying in that way though.

You’re right, TNB King and I struggled earlier because i’d get ahead if I repulsed Titan and he would if it was stag.

I think Lordsreign will almost never be used in the front line now that Midas can’t use its link team turn immediately.

Beautiful FL! Then I play some test games to see if I can beat her. I know you have a very good middle and end of the game.

Ohhh that was your FL. You were yesterday my first match for this pvp

sick lineup but you were relying to much on ap. I remember exactly that match in the middle and thought somebody likes to rely on rng

We went 1-1 I think! They were good games. I don’t remember running many protectors. Although I use flutter clone

Similar idea I’ve been testing is with dusc, tago, and goldoid. Cannibalize goldoid so it gets in their lineup and have tago/alba waiting with assassinate 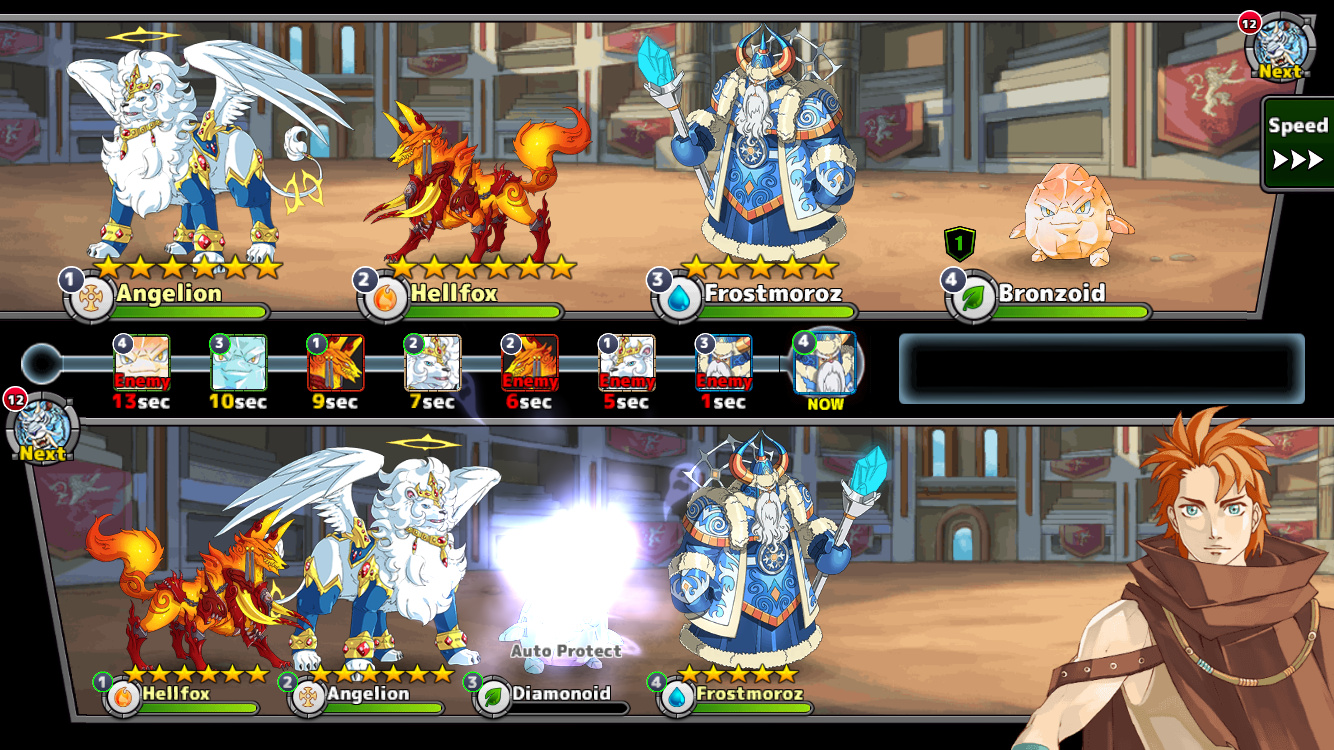 Testing my new FL which i’m really enjoying. Played this guy earlier and look what he runs the second time

Barnhart, if you’re in here you’re welcome for this absolute Gem.