Hello @Dev_VKC i would like to know the reason why the Account of my brother i was using on iphone with oficial app was banned friend code 79308438. The nickname was DC Eternuuz. Regards DC DOMA

If I was a mod I would make a “Why was my account banned?” thread so that new players could learn about what not to do

Loki I don’t understand the reason for your laughter

It makes you giggle to have the account of someone who has made many sacrifices to get what he has in the NEO MONSTER because a lot of work is spent to get a good quality account. I ask you how much laughter made you when your account was banned (JustceForMyVoid) God knows why it was and I’m not here to fall for that because it hurts enough that something that you spend time on and also likes is taken away by a sore loser or a ridiculous person who begins to say rubbish. We are only 5 players in the DC CLAN and by the way well known by many in the NEO unfortunately we are not much in the FORUM and we do not realize many things but I see that a player is badmouthed when he beats a player TOP and of course they begin to say millions of things to get their account deleted simply for not being known.

FINALLY, I WRITED TO KILLER DOG ON VARIOUS OCCASIONS BUT UNFORTUNATELY HE DOES NOT ANSWER THE MESSAGES I SENT, WE ASK IF YOU CAN LET US KNOW THE REASON FOR VETOING THE ACCOUNT JUST LIKE AN ADMIN OF THE FORUM ANSWERS TO THE COMMENT AND HE WILL TAKE THE SUBJECT SERIOUSLY BECAUSE WE ARE VERY ANNOYED BY THE PROBLEM. GREETINGS FROM THE DC CLAN 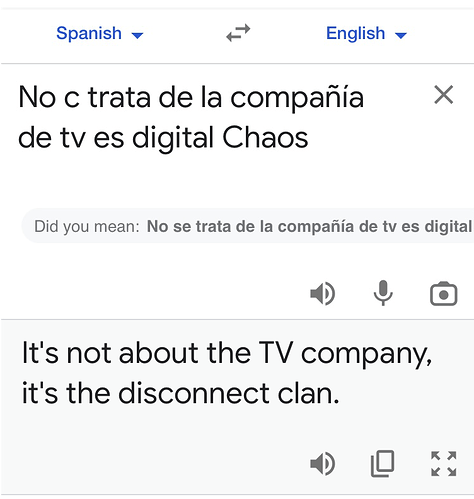 This is an avengers level threat if it’s true

FINALLY, I WRITED TO KILLER DOG ON VARIOUS OCCASIONS BUT UNFORTUNATELY HE DOES NOT ANSWER THE MESSAGES I SENT

You messaged me once but I was busy. The next day you messaged me 3 more times. I decided to ignore them because I don’t want to be spammed. Also, it’s not my responsibility to help with account issues and I don’t have much sympathy for cheaters. If people get banned it’s almost always because they cheated in some way or shared the account and the other person cheated. I’m not going to waste my time trying to convince someone who looks like they’re going to talk endlessly and probably not accept that their friend was banned for a proper reason. They can deal with it themselves by contacting support, it’s not that hard.

P.S. I’m sorry but please use a translator for your messages on this forum. Everything here is in English so it’s easier for the moderators to check what’s being said. I know it’s a pain to do, but I really appreciate it.

You messaged me once but I was busy. The next day you messaged me 3 more times. I decided to ignore them because I don’t want to be spammed.

Or should I say DC SIKARENOFISH?

Brother, write to @Dev_VKC , he can help you.

For once I agree with @Killerdog

I will treasure that heart I just got from you. It was spoilt a little by the dad joke though

Brother, write to Dev_VKC , he can help you.

Let me correct that for you…
Brother, write to Dev_VKC , he can help you put you down savagely.

I’m sorry for this, but some write to you because they think you’re a developer, others perhaps do it because of the experience they have, for whatever reason, I do not think it is in good taste that you simply ignore what they write to you, although it is true that this is not your responsibility

I reply to the majority of them, but not people who send me 4 different messages in 36 hours about their friend being banned (as I said above). I draw a line somewhere, like I ignore the messages I get about wanting hacked apk, wanting my restore code and other such stuff.