So like the restriction says: limited list is here to create a different and fresh experience , and promote diversity and creativity , but as we can see lately everyone is running this same abusive stun crescendo teams , and even if you protect your team well all what they do is to kill your stun absorber and then stun stun cresendo and this is becoming abusive, not everyone who can run stun imunity team especially whith the restriction list , as suggesged here by @LemonSqueezy in a different post stun entrance should be also restricted to 2 to bring creativity 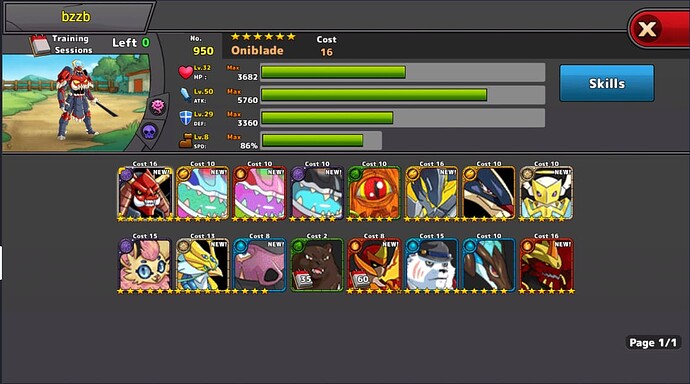 it’s not easy to use stun now because the average person in pvp has stun absord or stun immunity spam and you still have problems with stun? and yes vinegazer team with stun is quite sneaky when used smartly

Imo ,the big problem its not on the Stunner like gloreonix , cybereon , novadrake ,etc .The problem its on monster that can forced us received stun . Example like any token monster , vineeye (thx for jackolene, vinegazer ), leira . Thats the main problem even u run full stun imune that monster can take down your team with stun.

I am glad stun punish some meta monster like Cynthia ,gf , maeve , insect team , awaken myth spam . bcoz most of the user lack of stun protection. It give low tier player chance to take down some top player.

you still have problems with stun?

No, most people don’t have issues with stun, it’s just that it makes the game boring, because it results in stun immune spam.

and you still have problems with stun?

Im not running gf FL , also back when i was running gfs fl i was using regalion

I agree with this, since there’s monsters that can setup stun way too effectively, regardless of what protection you’re running. But I also think that a monster who can potentially set an entire team back by 120sec just by entering the field is kinda awful, and also the reason why people are encouraged to rely so heavily on Stun Immunity.

Agree That was big reward when u run stun

. But hey we still have many monster that can protect from it right ? Even they are not stun imune. But In other side ,like I said we still need them too counter some meta / powerful monster.
Its not funny watch Cynthia or maeve kill entire team since they are only weak again stun.

But idk why Dev rarely limit heavy Stunner monster ,last time they are only limit gloreonix

Yeah Stun is actually a good idea for an archetype! There’s many strategies that would be mostly uncounterable hadn’t Stun existed, plus it’s 99% RNG-free and doesn’t reward the lucky.

all tokens should be stun and sleep immune and

seriously.
this has been bugging me for a while now.
Vineyes aren’t the problem. they functioned perfectly well before Jackolene existed and literally nobody complained about them. in fact certain players were actually congratulated for using vinegazers in a PvP setup.
The only reason they are a problem now is because of Jackolene. all the devs need to do is switch her skillset around a little bit and make her act more like Motordragon. eg have her deposit the vineyes as an SS and make the largely useless Venom fangs a regular move.
this would make her less of a problem because people would just kill her before she gets a turn and they wouldn’t have the same issue.

Vinegazers and Vineyes are absolutely fine the way they are.